Note: The actual dimensions of the posters can deviate from the specified dimensions by a few millimeters due to production.

The story behind the art

Chapter 1: NE(R)0
It was a hard winter.
My usual way home is a dystopia of cyberpunk. The streets are littered. Bankers and share-holders stand in line with the bums in front of the station mission.
Really, everything has gotten out of hand.

I used to enjoy my walks around downtown.
A little window shopping, a little laughing at the excesses of the world.
Mansions and fast carts were the usual sight. But that has changed. The current trendsetter brand is “foreclosure.” It’s really popular in the former banking district.
But yeah, everyone’s got their own thing going on, so I’m moving on. I wonder why the poop actually started to steam so quickly. The economy has not one little hiccup, it has come to a screeching halt.
Maybe I’ll find out more from the newspaper.

Ahmed, the friendly owner of my favorite late-night restaurant, smiles as I enter his establishment.
“Habibi, how are you today? I’ve reserved one for you.”
He reaches under the counter and hands me the Times. The title is:
“CHANCELLOR ON BRINK OF SECOND BAILOUT FOR BANKS”

Chapter 2: NE0
“They will come for you. I… What you are about to do is … an act of aggression. They can’t overlook that.”
My wife is really brilliant. I really don’t know how she does it. No matter the topic, she understands the consequences in a split second.
“This money we’re using right now is like mold in the walls. You can never remove it properly without tearing down the wall.
We as a society are screwed if there is no alternative. I mean, it doesn’t matter if there’s a new chancellor in power. Money loses its purchasing power by the second, people are now shitting on building something for the future.
Saving is pointless. There can be no hope unless I do something about it. I… I can’t overlook it!”
With a barely audible sigh, she turns and stares into the hallway. Her shoulders seem to weigh heavily on her.
“I know. Do what you have to do. I will always be by your side. For however long that may be.” She leaves my room.

I sit in the sparsely lit darkness and listen as their footsteps fade away.
A single whir of my fan on the computer brings me back to my real problem. I turn around and am blinded by my screen.

There’s no point in dragging this out any further. I can mess around when I’m dead. I hope he won’t mind me using his name.
Hesitantly, I start typing:
“I’ve developed a new open source P2P e-cash system called Bitcoin.”

I receive a lot of unnecessary attention. So many wrong questions are being asked. I should not be the object of their questions.
Years have passed and I have tried to warn and educate people about central banks.

Sometimes I can’t believe it myself. I have really found a remedy for this counterfeit money. Maybe I should have gone to medical school and done something about cancer, right?
Nah, what am I talking about. I hate patching people up. The electric whir of fans and LED powered light waves are my thing.

I think they are ready. At least I hope so. I won’t be around to see the end. Hopefully my sacrifice was enough to save the future.

Please forget about me. I am only human. This is your chance to save the next generation.
Time to say goodbye.

“I’ve moved on to other things. It’s in good hands with Gavin and everyone.”

Who is this poster for?

This is for all of you out there who have either been with us since the beginning, or for the original reason. The Freedom Fighters. The Rebels. Those who do not want to leave the future of humanity to some would-be dictators.

We BUILD together, we HODL together. 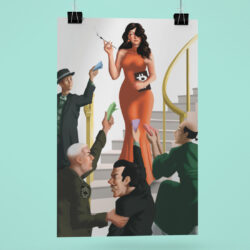 Son Of Liberty – Poster A2 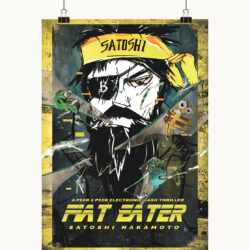 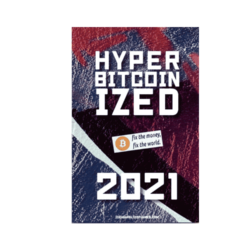